Kyoto. 19-20 April
So far Kyoto has been one of my favourite places. It seemed to have so much to see and i only feel I scratched the surface. However I saw lots of the temples and shrines and also some Zen gardens.

Kinkaku-Ji Temple (The Golden Pavilion)
This is totally amazing, truly inspirational. I think it no exaggeration to say that this is one of the most beautiful things I’ve seen. The lake that the Golden Pavilion is set in almost doesn’t look real and the gilding on the Pavilion makes me want to gild everything I make! The mix of the old roof, similar to thatch, on the Pavilion (which was originally built in the 1300s) and the verandas etc combined with all the gold just makes it seem unreal.

Whilst visiting the Silver Pavillion (Ginkaku-Ji), which confusingly has no silver gilding and is just very old, I spotted a gardener carefully hand picking loose and dead moss with the tips of his fingers from one bit of the garden. It was tiny amounts and emphasised the care that goes into the upkeep of the pavilions, shrines and temples. This is similar to when I first arrived and a fleet of cleaners immediately started cleaning the trains. Definitely Japan is the cleanest place I’ve ever been.

I then travelled across Kyoto to the Gion district. I passed a Big Boy restaurant on the way which emphasised how much America has influenced Japan. The roads here are also far bigger and more like America in my opinion. The Gion district was really fascinating as this is where the Geisha women were. However I felt rather awkward about taking photographs as they were so immaculately dressed and after seeing how polite all the Japanese have been it just seemed totally disrespectful. I liked just seeing them with the amazing clothes, all against the very old streets with the lanterns.

Whilst in Kyoto I stayed in a traditional Ryokan. I wanted to do this since finding out I had won my place on the residency. Whilst in the Ryokan you are encouraged to wear the slippers, as well as toilet slippers and the kimonos. Also as I arrived I was given green tea in very different china cups to home. 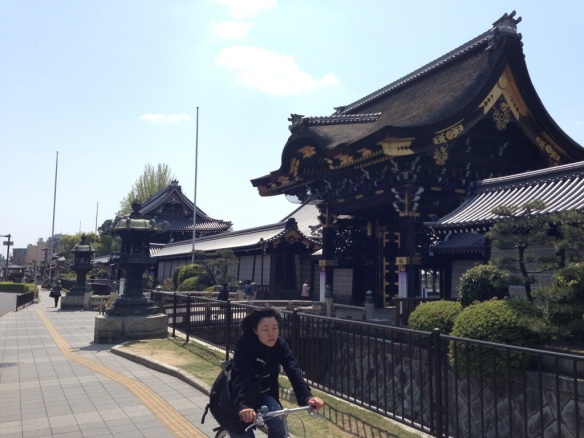 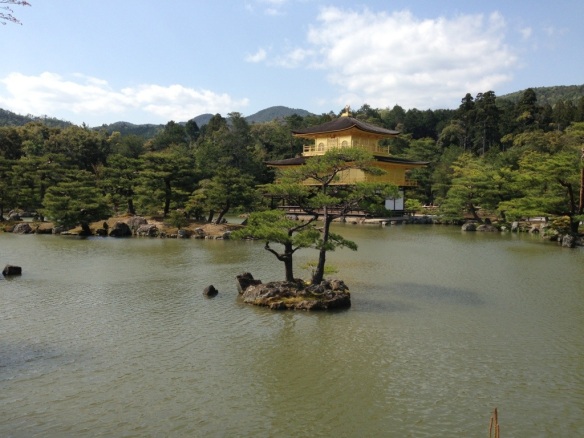